The ever growing rise of international money exchange services have led many to forecast dark clouds being on the horizon for the traditional bureau de change. After all, why would people want to use these expensive and typically slow exchange services when for a few clicks online they can find a far better rate and speedier service? It’s an interesting question that presents a number of potential outcomes in the short and long term, so in this article we’re going to examine some hypothetical scenarios for the future of bureau de change services.

No – P2P is a gimmick that doesn’t inspire consumer confidence

Let’s look at the figures in brief. Without naming names there was cause for celebration amidst the P2P industry recently when one of their largest and longest established operators announced it had passed the £1bn figure in facilitating currency exchanges, with annual profits running into low eight figures. Now let’s compare that to one of the largest bureau de changes – announcing a near 10% rise in revenue to over £600m per year with profits nearing £70m over just one year. It’s pretty plain that, despite the hype, P2P has a long way to go to get anywhere near to rivalling the size of the traditional bureau de change market. 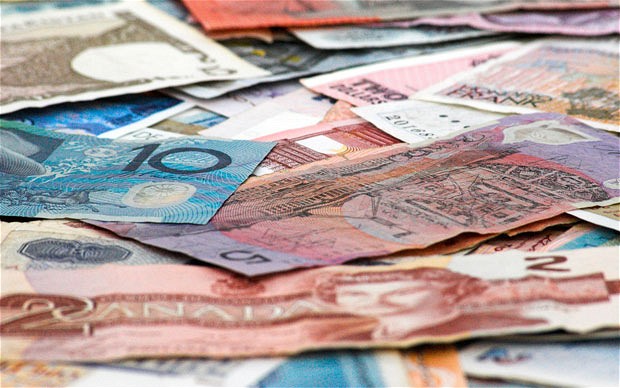 There are also plenty of people out there who simply don’t trust online currency exchange – they’d rather simply use the traditional bureau. It is, however, highly likely this will change as people become ever more used to conducting their financial activities exclusively online (just look at the rapid closure of high street banks for evidence of that). However this cannot deny that a significant majority of people still don’t either know about or trust P2P, and that for some a visit to the exchange before a holiday is even some part of the holiday ritual!

Whatever happens in regards to technological advancement and the use of online financial services becoming ever more accepted – P2P doesn’t look set to kill of the bureau de change anytime soon.

No – the bureau de change will adapt to survive

This is an interesting one because there are already cases of this happening at a very early stage. Bureau de change have an intrinsic problem that is quite insurmountable – they have vast retail operations that employ many thousands of people, hence need to charge their high commissions in order to stay profitable. That’s a simple fact of their business model and they can’t really go about axing their retail arms as they are still – as demonstrated above – making plenty of profit. 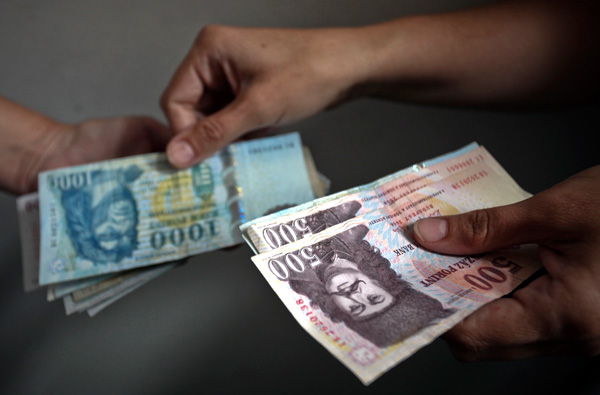 A couple of the larger operators are instead dipping their toe into the P2P market to cover their backs should P2P explode in popularity (and there’s every chance it might). It is early stages but the intent is clearly there. Also there’s the possibility of rather than setting up their own P2P network from scratch – they may simply buy into the market by acquiring a stake in one of the established P2P operators. It’s not as if they couldn’t afford to.

Two things cannot be denied when it comes to P2P currency exchange. It is a far cheaper service and it’s growing rapidly. Add to this demographic change over time and the general decline of physical financial premises/branches and it’s possible that P2P could really explode over the next decade or two.

Unlike most financial services the P2P industry hasn’t had anything remotely close to a large scandal. People are taking to it because it’s cheap, fast and efficient and are – in a dodgy financial climate – looking to save wherever possible. After all who doesn’t baulk at the exchange rates when swapping money at an airport bureau de change? Or grow frustrated at the inevitably long and slow queue? P2P has the ace in its hand in that it’s simply a superior service – the question is can it continue to grow and compete against the bureau de change, or is it happy to be a little brother quietly plugging away in the shadows?

Only time will tell, and perhaps a higher public profile, advertising system etc. will complement the great reviews that P2P gets from word of mouth. But of course this takes money, so will P2P raise their commissions to fund such a development? Who knows for sure, but providing they continue to seriously undercut the bureau de change they aren’t likely to pass out anytime soon.

The ignition switch controls the vehicle, by taking power from the battery and directing it to all electronic components and accessories of the car. It also transfers power to the starter, when the key is turned in the ignition. If the starter does not receive power from the ignition, the car will not start. When […]

In October 2012 the Government introduced a new scheme to ensure all UK workers pay into work pension schemes, this is known as the automatic enrolment pension scheme. This system means that anyone over the age of 22, working in the UK and earning over £9,440 a year, must be automatically enrolled in this scheme […]

3 Tips For Having The Perfect Interior Doors

Doors, be it in the interior or exterior of the house are important, as they not only protect your house but also add to the aesthetic beauty of your house. You can either overlook these doors as just a part of the home or make them look great and make your place visually appealing – […]

How Businesses Can Become Leaner

Examining the Importance of Class Size

How Does Finance Affect You?