As we stepped into the 21st century, sex has finally stopped being a taboo. Although many are still reluctant to talk openly about what happens behind the closed bedroom doors, when it comes to business – numbers are doing all the talking instead of us. Maybe somewhat unexpectedly, the adult toys industry (look here) has grown rapidly in the last couple of years; they have transitioned from something awkward and secretive to a multibillion-dollar industry. 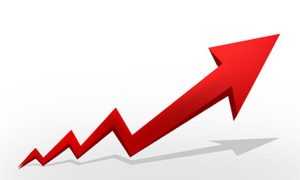 What triggered the change

The reasons for a sudden growth in popularity are numerous. However, the most prominent one is the fact that the society, in general, is much more liberal than ever before. With the Internet providing us with higher levels of privacy (or at least the illusion of it) we feel like we can shop for toys online without being judged. Furthermore, it was the entertainment industry that contributed greatly, as well; with 50 Shades of Gray and its sequels taking the world by storm, it did not take fans long to rush to the store and get the props from the movie for themselves.

Through some of the world’s biggest retailers who have turned the business ‘front and center’, this industry has continued to gain more mainstream acceptance. Now, adult toys stand as a $15 billion USD market, which is expected to surpass $50 billion USD by the year 2020. There are a multitude of manufacturers and distributors world-wide, and based on the current state of affairs, we are certain that the industry will experience a rapid success in the years and decades to come.

Who are the customers?

Although at first glance we can say that the customer base of the adult industry is evenly split between men and women, there are certain differences when we look at the specific products. Both sexes shop for sex lingerie equally, but these customers are mostly the ones who are in a long-term relationship. When it comes to single women, they opt for vibrators more often than those in a relationship, and single men shop for more lubricants. Local adult toy stores seem to be the common source for such purchases. Yet, others who are brand-specific may choose to browse sex toys from Kandid or similar e-stores.

When talking about the age of customers, these are mostly people between 30 and 50; the reason behind this might be that younger people don’t feel the need to buy adult toys, whereas those who are older are too conservative to try them. We are yet to see whether this will change in the future; many expect the age limit to go up, since those who are now being raised in this more liberal environment are likely to continue to act accordingly later in life.

If we were to take a sneak peek in one of the adult toys stores like Max Black, we’re likely to see women shopping for clothes, and men opting for more exotic products, since statistics show they do not refrain from getting both male and female stimulation devices. When it comes to vibrators, women are the main customers, and interestingly enough, they usually choose the ones which are in natural or even smaller sizes. However, when men shop for vibrators, they will go for those longer than 8 inches. Finally, wigs are also quite popular products, and they are mostly purchased by men, who are looking to take their silver screen fantasies into their bedroom.

With adult industry on the rise, it is evident that it offers endless possibilities for investment. Today’s society is much more liberal; we are much more understanding when it comes to expressing our sexual needs and tendencies. From this point forward, we are certain that these trends will continue in the future, as well.

Outsourcing job has long been considered to be an unpopular move by the companies. But in recent few years the attitudes on the issue are beginning to change. First of all there numerous benefits of this practice for both companies and employees and second of all the jobs are no longer going that far away.

5 Investments You Should Never Pinch Pennies On

These days, being money smart means knowing when to save and when to splurge. It’s not always easy to part with those hard earned greenbacks, especially when times are tough and everyone’s practicing frugality. So, if you’re wondering which areas of life you can still live to the fullest, here are a few suggestions from […]

5 Reasons Why ACH is Suitable for Businesses

Whether you have recently done some financial transactions as a consumer, or you are the CFO of an organization, you have possibly noticed that ACH is in a much more prominent role with regards to business payments. This is really not something new – widespread use of ‘direct deposit’ has became more commonplace as opposed […]

5 Tips To Keep Your Business Management and Organization Flexible

5 Reasons Why ACH is Suitable for Businesses